On to the next adventure, I was excited to be able to visit the Guinness Factory and the Jameson Distillery in Dublin, Ireland!

Both places are within a 20 minute drive of each other and I did them in one day, which is totally doable. I spent about 2-3 hours in each location because I like reading the history and going around the exhibits. If you ever plan a trip to Dublin and are old enough to consume alcohol the Guinness Factory and the Jameson Distillery are A MUST SEE!

Check out my vlog below and scroll on down to see my experience in both places! 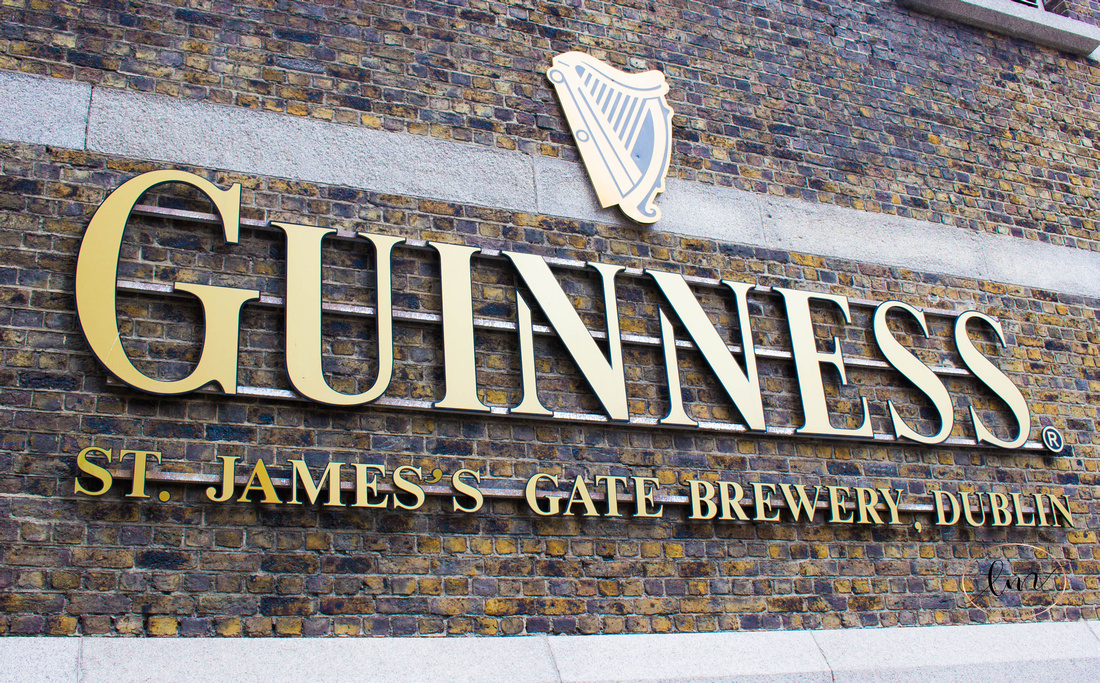 I drank Guinness before arriving in Dublin, but being able to be able to see how it's made from it's place of origin makes my heart patter. Being part English, I naturally REALLY like dark beer.  Can't wait to see inside! 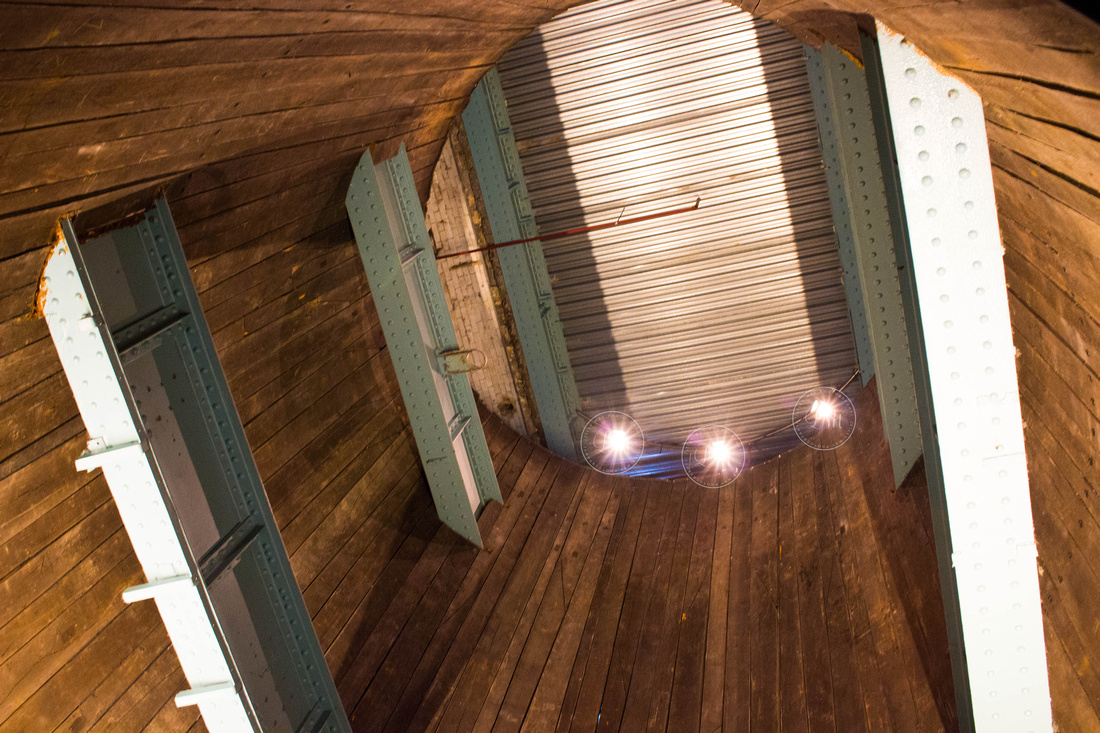 This is replica of the inside of a barrel of Guinness, and let me tell you this is MASSIVE! They use real wood ...obviously... and is made with roasted barley which gives Guinness the dark color. 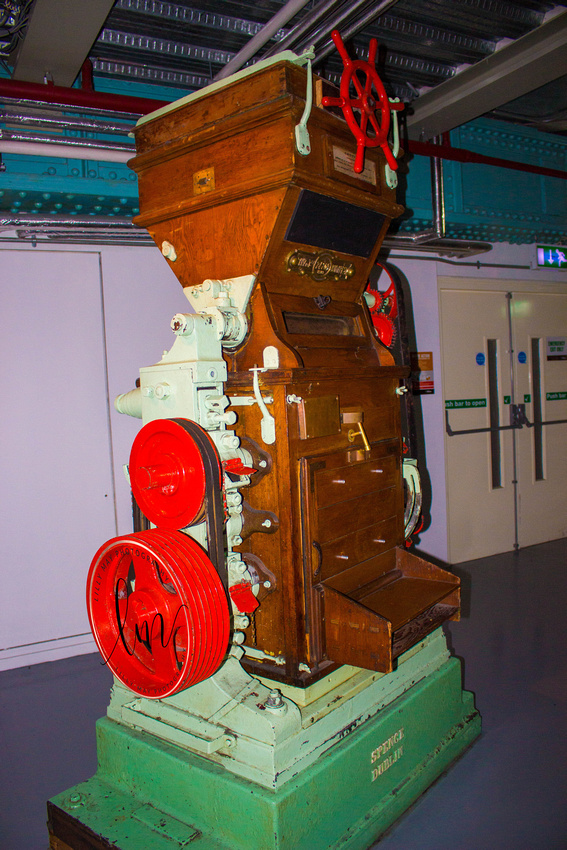 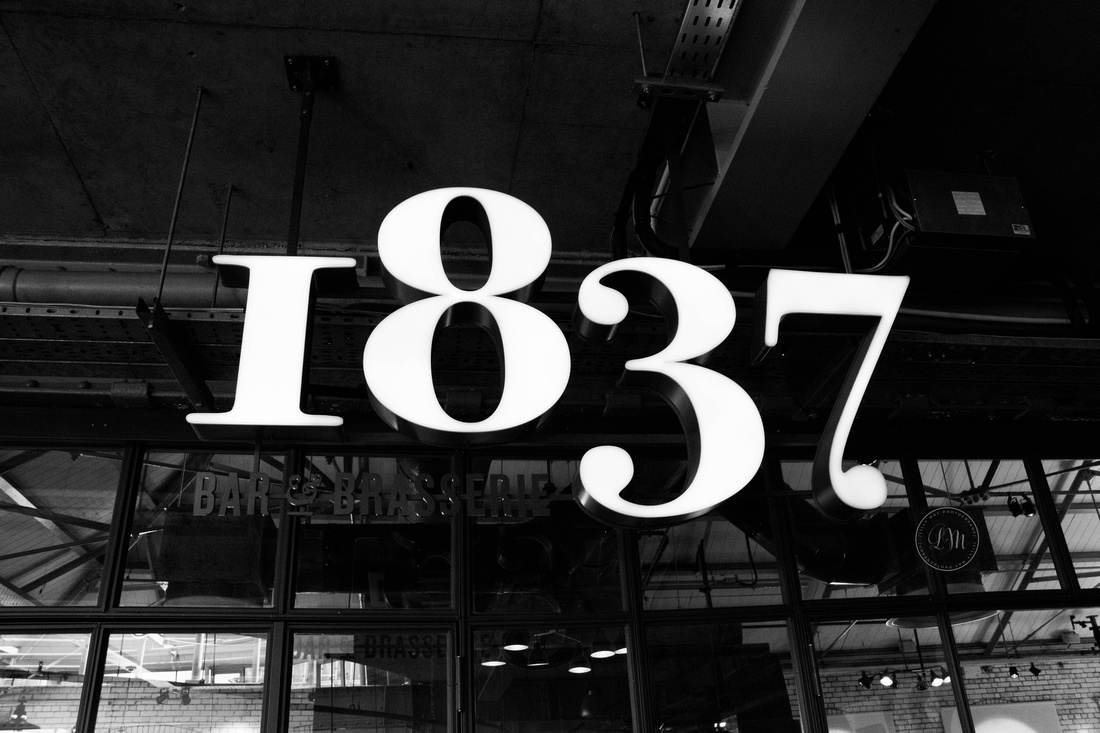 In the Guinness Factory they have two places to eat, one being the 1837 restaurant. This is a nicer place to eat, more like an actual restaurant versus the other place is a more fast paced dinning with just beer and burgers. We ate here at the 1837 restaurant as you can see from the video above, and it was DELICIOUS! Can we have a moment of silence for that crème brûlée though....so good. 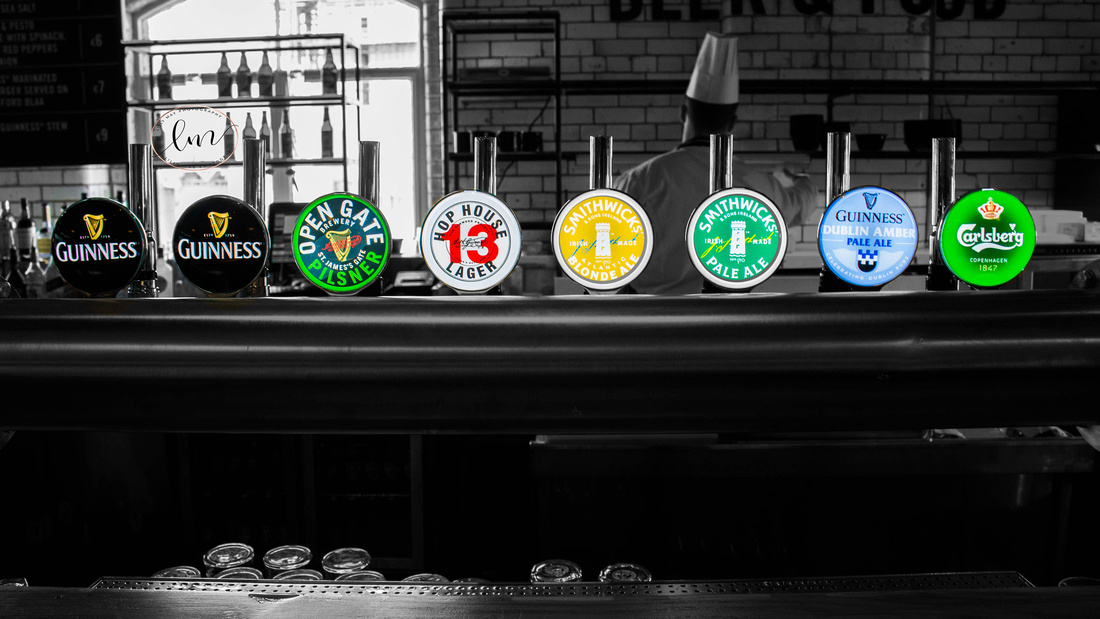 Moving on the drinks and by drinks I most certainly mean beer. All of the beer you see in this picture are Irish beers, which I have had the pleasure of trying almost all of them hehe...

Side note: I have noticed though, that the Guinness in Ireland tastes a bit different compared to the Guinness made in America. 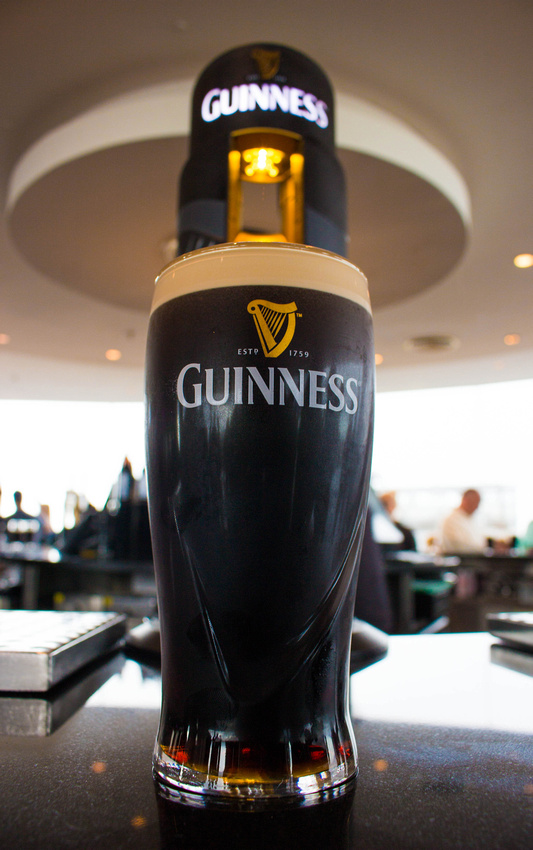 At the end of the tour you get a "complimentary pint of Guinness," you pay for it in the ticket price lol BUT its pretty sweet. You go to the roof top bar, as seen in the video above, and have a 360° view of Dublin. It is a great experience, but keep in mind the bar if very small and is always full so finding a place to sit is slim to none. Going on a off, random night to chill out and have a drink is your best bet because it is a great view of the city. I say it's worth the trip because the view is pretty spectacular! Have a look 0.0 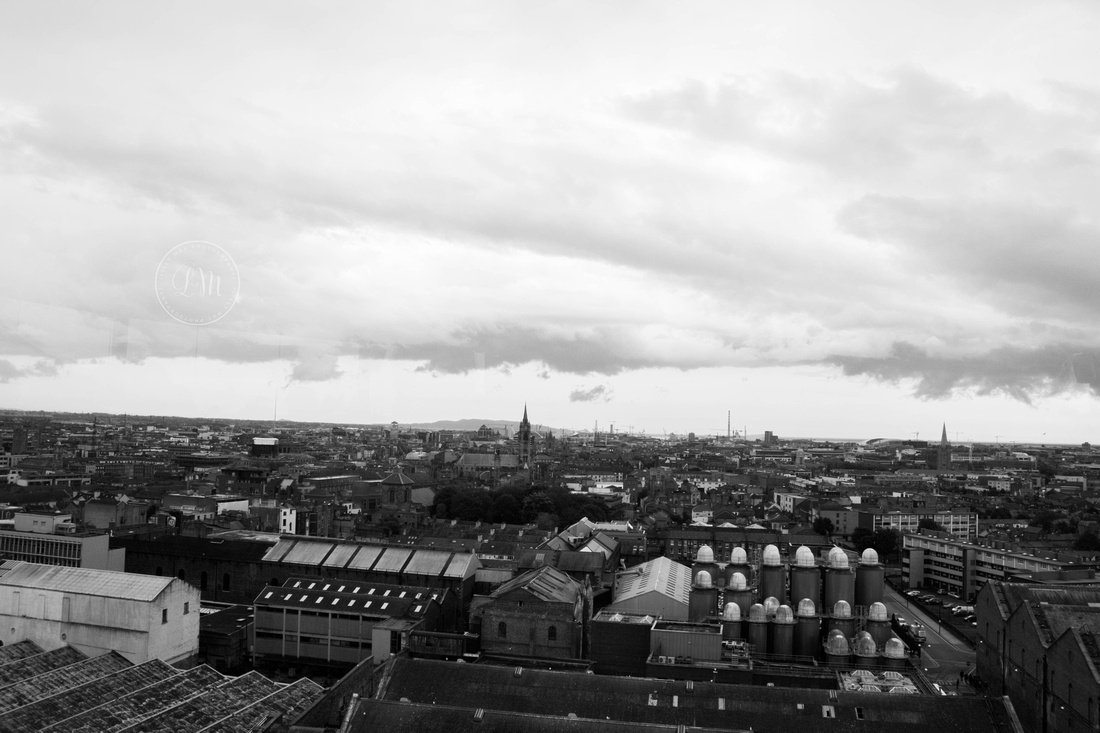 This is the amazing view from one side of the 360° bar. I would've liked to get pictured from the other sides, but again it was packed and not accessible. But did manage to get one side which made me happy! I had a good experience in the Guinness Factory, I'm glad I went but I can see why some say it is stated as "overrated." Putting all that aside, I'm glad I went and got the history behind one of my favorite beers.

BUT I had an even better experience in the Jameson Distillery,

Keep on scrolling to see! :D 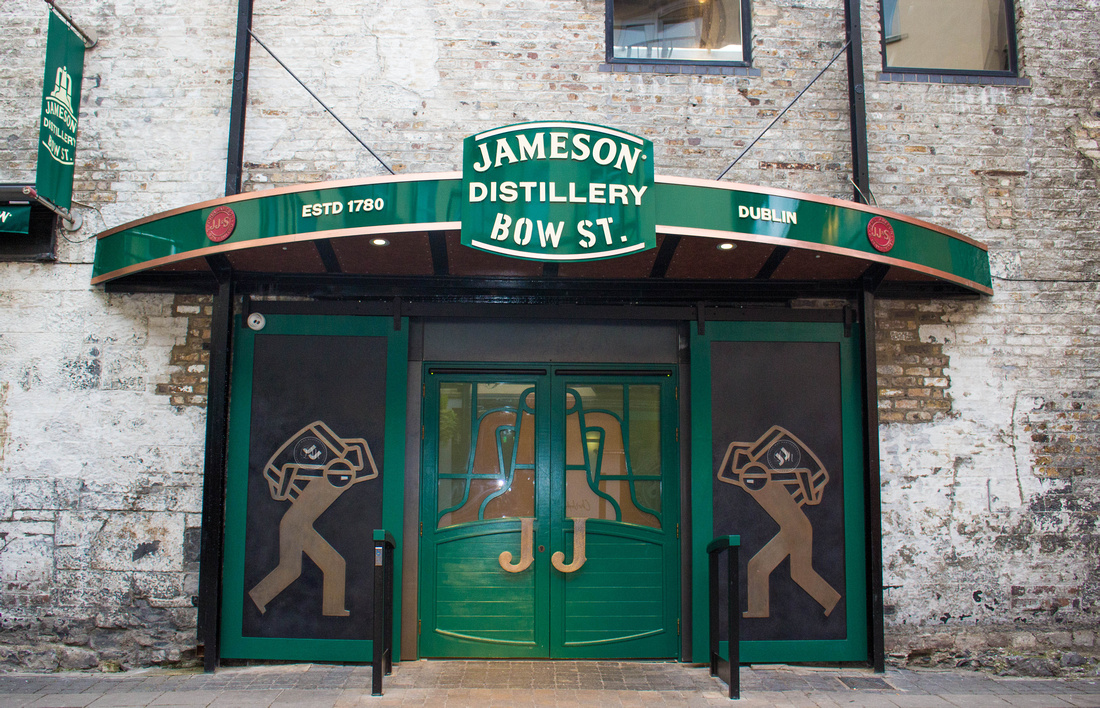 Okay, so before starting the whiskey tour I must say that whiskey is my drink of choice. I do prefer whiskey over any other alcoholic beverage, including beer, so my excited to go here is at an ALL TIME HIGH! 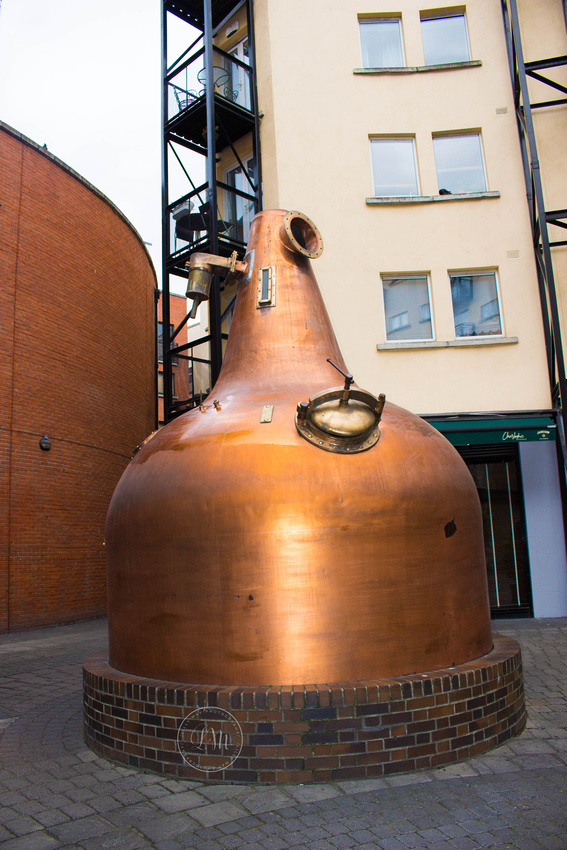 This is a replica of a copper pot still that Jameson uses to make whiskey.

It is the actual size of a real pot still and you can find it in the entrance to the distillery. 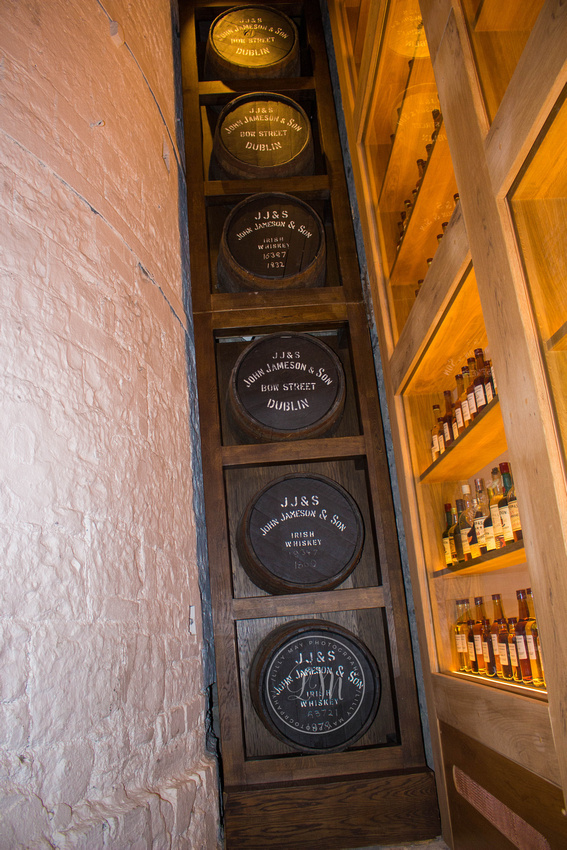 On display in front of the bar there is a bookshelf with old whiskey barrels, and to the right of it are variations of old and new whiskeys that Jameson has produced over the years. They are not open for consumption, but very cool to look at. The had a bottle from 1930 that I bet would taste DELICIOUS! Imagining drinking that right now...

Side note: The distillery as a bar inside where you can go an drink without taking a tour if you'd like.

The Jameson Distillery offers two tours aside from the walking tour:

1- The Whiskey Makers Tour; where you get to make YOUR OWN WHISKEY! 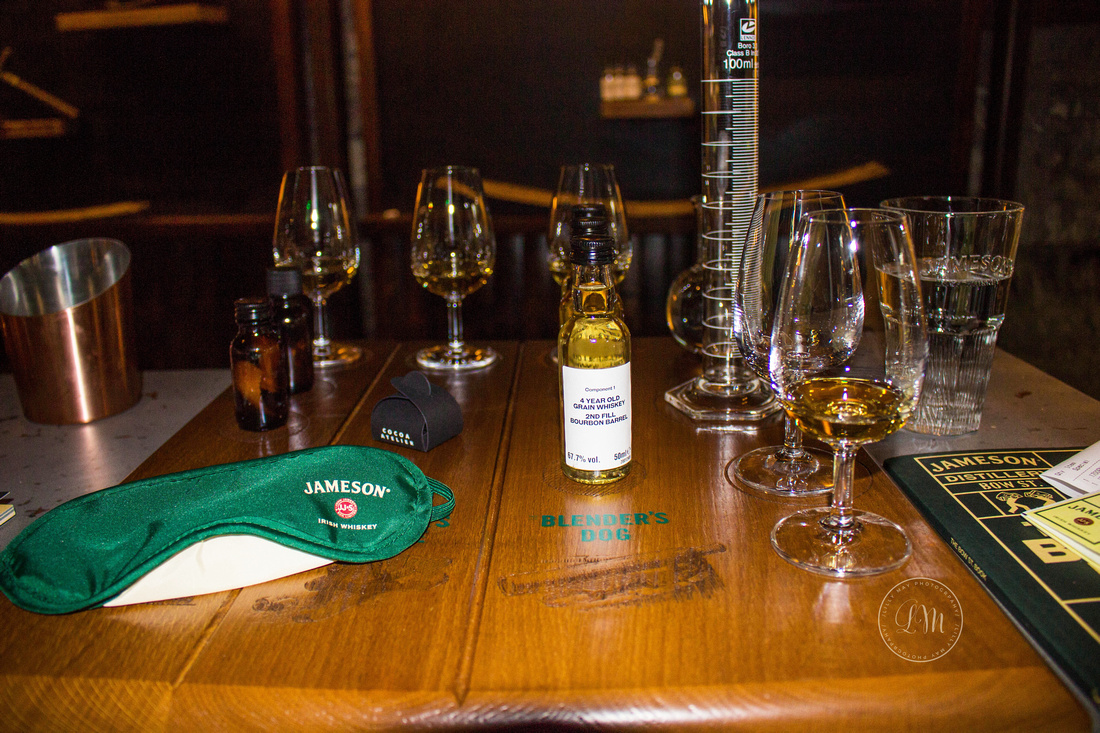 This is the board set up for you to make your own version of Jameson Whiskey. I will not ruin the surprise in taking the tour, but just know it was really fun and now I have a bottle of my own whiskey forever!! Well I have the bottle forever but maybe not the whiskey ;)

2- The Whiskey Shakers Tour; where you learn to makes different drinks with whiskey!

Side note: I took the tours on separate occasions, with different people but wanted to add them together since it was done in the same place. 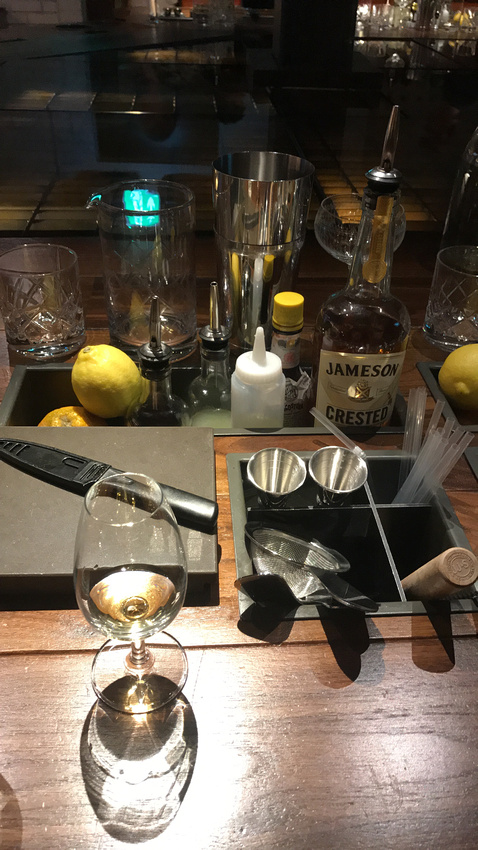 This is the set up to bartending 101 Jameson style! My best friend is a bartender so I know what most of this is called, but do I really know how to use all of them? Ehhhhhh, no lol But I'm go'n learn today!

First drink up to make was a Whiskey Sour and DAMN I'M GOOD! As following the recipe haha

No really though, that was delectable! I've never made a whiskey tour before but it will not be my last! 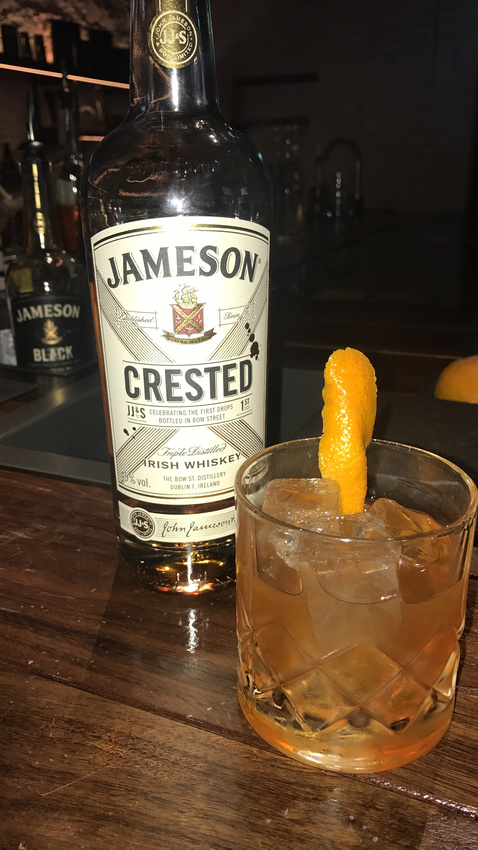 Next up on the list is my personal favorite and go to drink, an Old Fashioned.

I'm not trying to toot my own horn, but TOOT TOOT!! I make a mean Old Fashioned! For sure going to be making them regularly. My best friend would be proud! I sent her this picture and was told a taste test was in order. I'm in Biff! I got you! And if not you fix it ;D

Side note: you do make a third drink, which is a punch but I didn't snap a photo of it :( But was really really tasty! 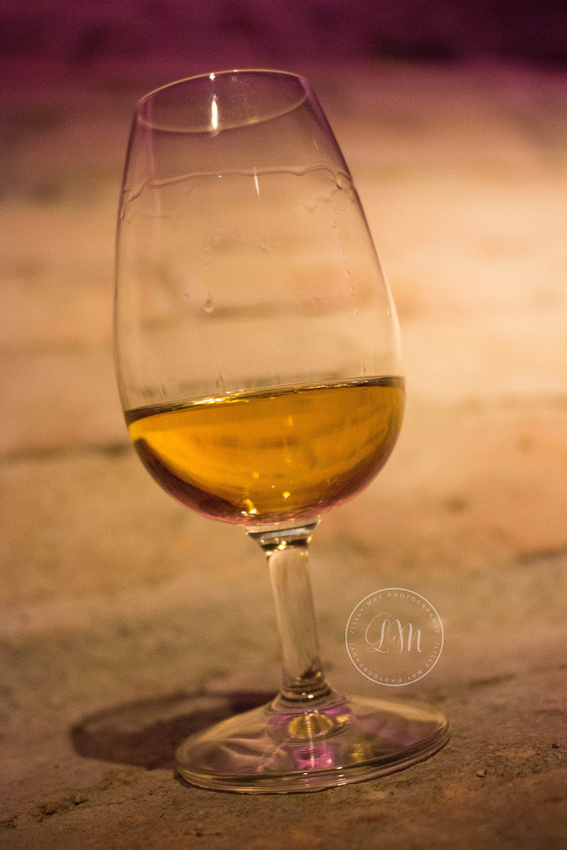 And now for my FAVORITE PART OF THE TOUR! You get to drink undistilled whiskey straight from the barrel. Yes. You. Read. That. Right. 67% alcohol, 120 proof whiskey STRAIGHT FROM THE DANG BARREL! (Btw both tours do this! YAY!)

Comparing both tours I really enjoyed both of them in different ways; I loved learning the purpose of ingredients that go into whiskey ad then making my own in the makers tour. I'll cherish that bottle always. But on the other hand, I had a lot of fun making drinks and meeting new people in the shakers tour. I am very blessed to have done them both and am happy I did. Now I can make drinks with the whiskey I made! Put both the tours to good use!

All in all I had a great time at both places. The Guinness tour is a bit cheaper and more of a self guided tour, but still very interesting and fun. If you like beer I recommend it, not only for dark beer drinkers but I recently learned, in the tour, GUINNESS MAKES PALE ALES! Seriously, mind blown people! So beer drinkers should definitely stop in and have a look. The Jameson Distillery is not a cheap tour for the Shakers as well as the Makers, they both cost 60 Euro, but are 1000% worth it in my book. I would go again if I could. I really loved that place so much so that if I come back to Dublin I will without a doubt stop in the distillery and do another tour. Book it in advance though! But book it! I hope you enjoyed my journey through the Guinness Factory and the Jameson Distillery as much as I did.

See you on my next adventure!